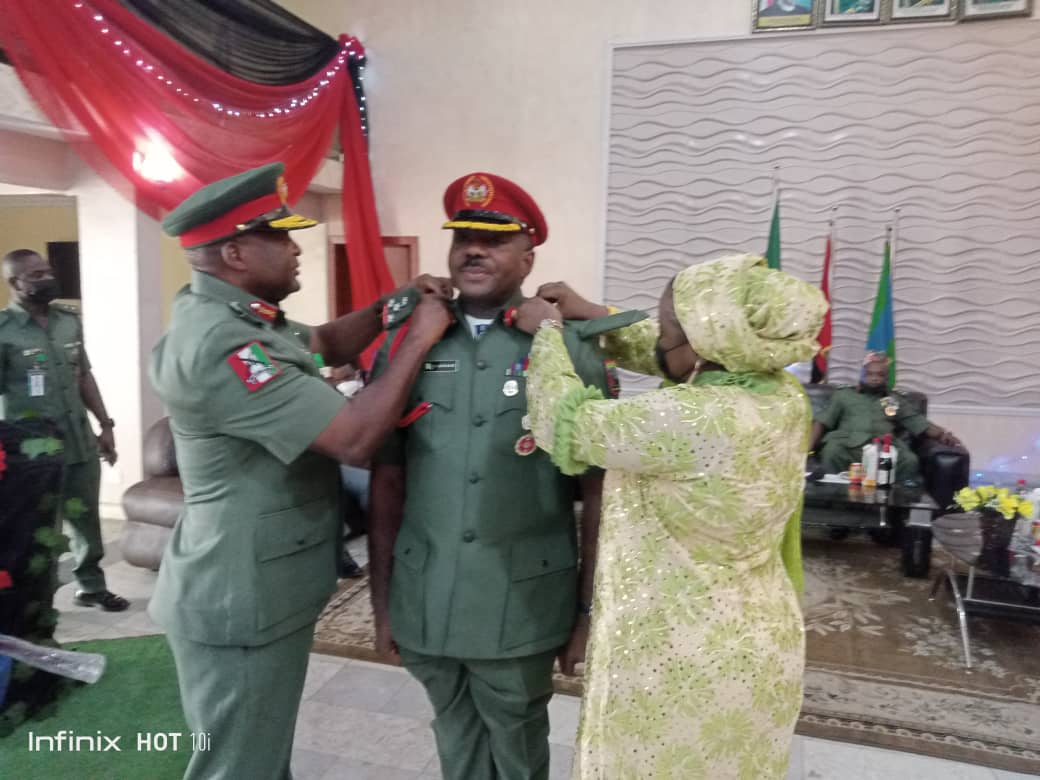 The Former Aide-De-Camp to President Muhammadu Buhari, Colonel Mohammed Abubakar has been decorated  with his new rank of Brigadier General, (One Star General) in the Nigerian Army.

The Former ADC who is a military police officer had worn the rank  colonel for five years and was among officers who were recently elevated in a recent gale of promotion in the Armed Forces. 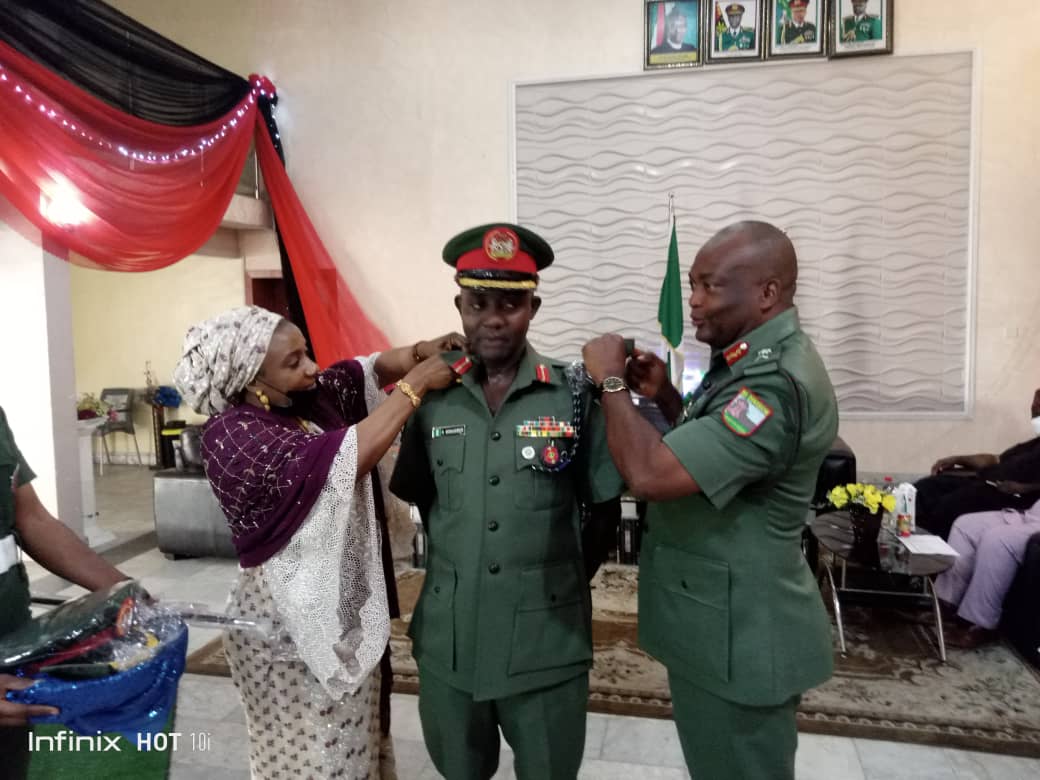 Admonishing the officer the General Officer Commanding (GOC) 81 Division of the Nigerian Army, Major General Lawrence Fejokwu told the newly promoted officers in the division to ensure professionalism in all they do.
The GOC said officer must ensure professionalism in their daily work as officers of the Nigerian Army and also shun “eye service.”
He said the newly promoted officers should also ensure fairness in their dealings, adding that they must continue to encourage their subordinate and “in doing so they must be firm and also show empathy.”
General Fejokwu urged the Officers to maintain Nigerian Army critical assets within their watch, noting that, “I will be very angry if I see any assets placed under you rotting away without you sending a report in that regard.”
The GOC warned the newly promoted officers not to threaten their subordinates, “but let them look at you and see the need to toe your line.” 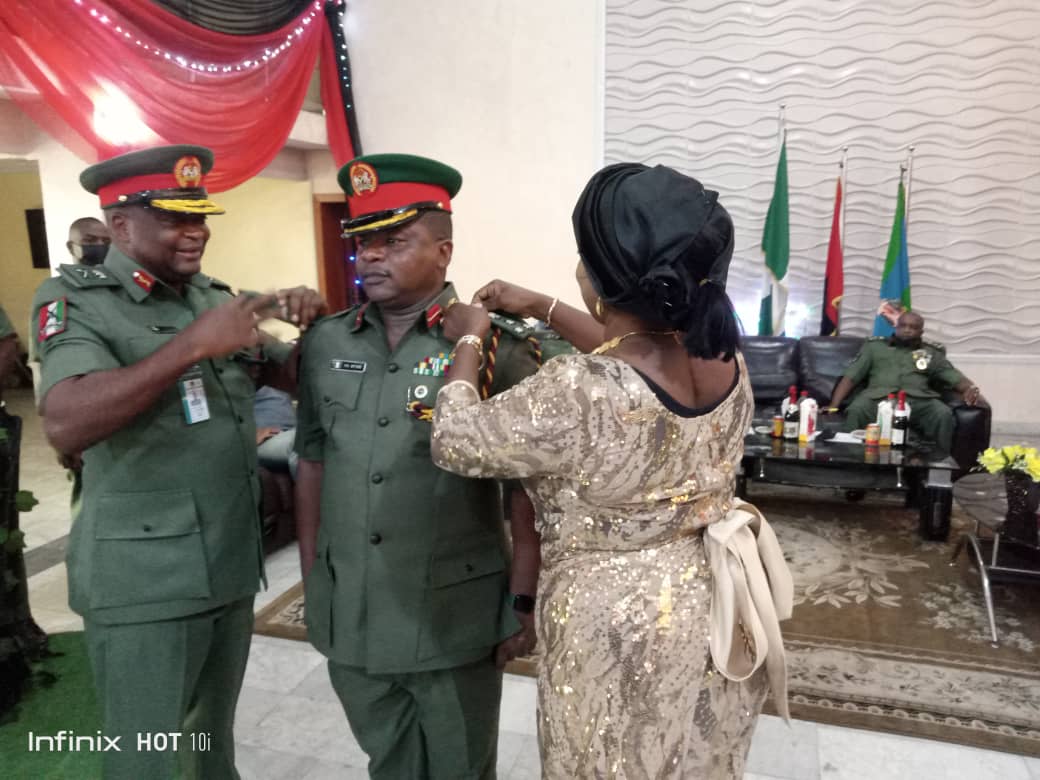 Similarly, the 9 Brigade Commanders, Brigadier General Lader Saraso urged the officers to work in consonance with the new rank and always give clear orders to their subordinates
He said they will be forgiven if their orders are clear but was not implemented by their subordinate officers.
The officers pledged their loyalty to the President and Commander in Chief President Muhammadu Buhari, thanking him and the Army Council for finding them worthy of promotion.

Military did not fire on cargo boat on Bonny River – DHQ

Respect and enforce military use of Social Media Policy-CDS