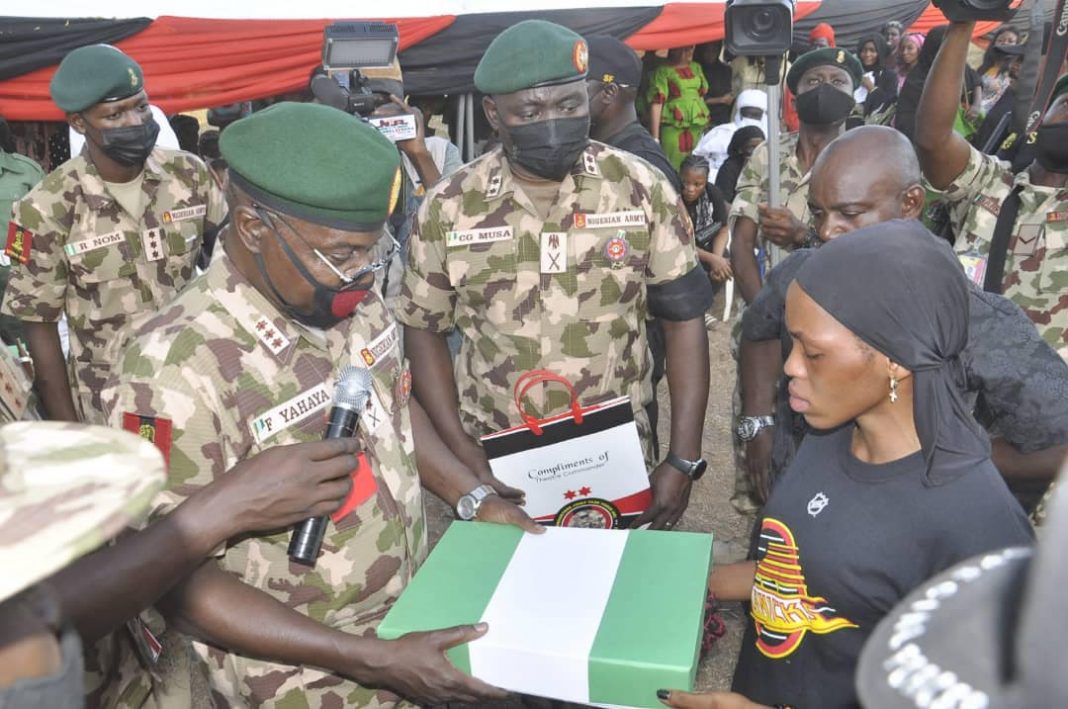 … President Buhari expresses gratitude for their gallantry, as Governor Fintiri names Street after Zurkushu in Yola

The governor of Adamawa state  Umaru Ahmadu Fintiri at the weekend renamed the popular Lagos Street in Yola after the slain Brig Gen Dzarma Zurkushu.

Describing the late General as thoroughly professional, gentle, and dedicated to duty, the Governor also ordered hoisting of the national flag in the state at half-mast for 3 days in honour of the fallen heroes. 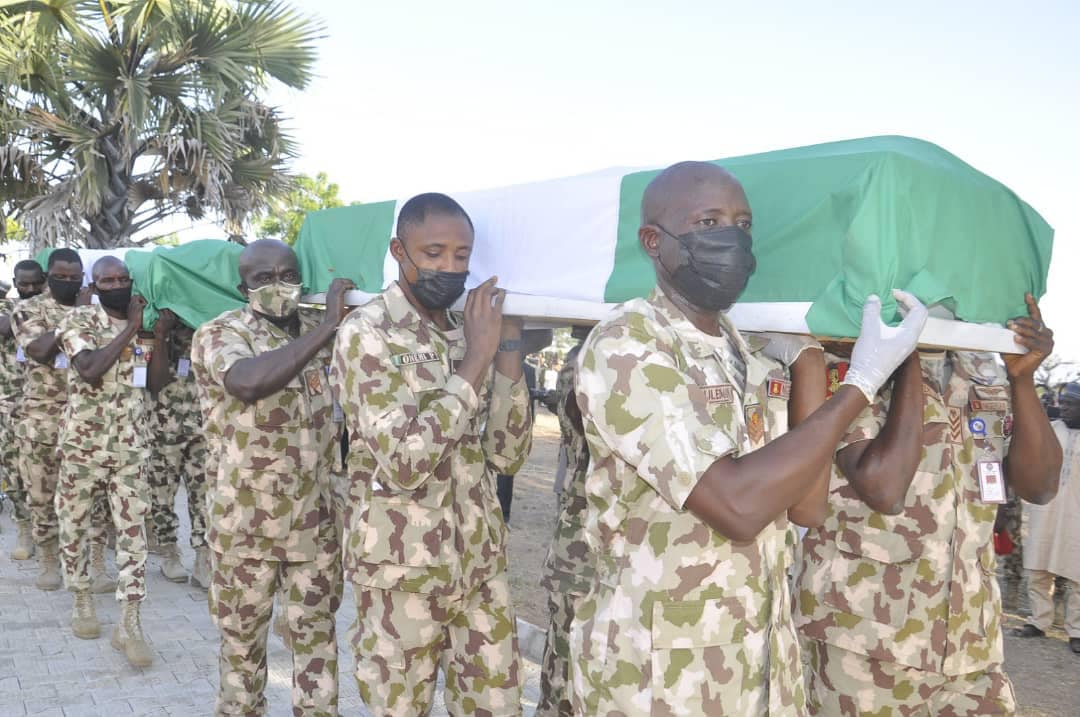 Similarly President Muhammadu Buhari has expressed sadness over the demise of Brig Gen Dzarma Zurkushu and 7 other patriots, who paid with their lives in defence of Askira-Uba during an attack in Borno State earlier in November.

Buhari  spoke through the Secretary to the Government of the Federation Mr. Boss Mustapha at the funeral ceremony of the slain military officers  at Gibson Jalo Military Cantonment, Yola at the weekend, expressing gratitude for the gallantry exhibited by the deceased in defence of the country. 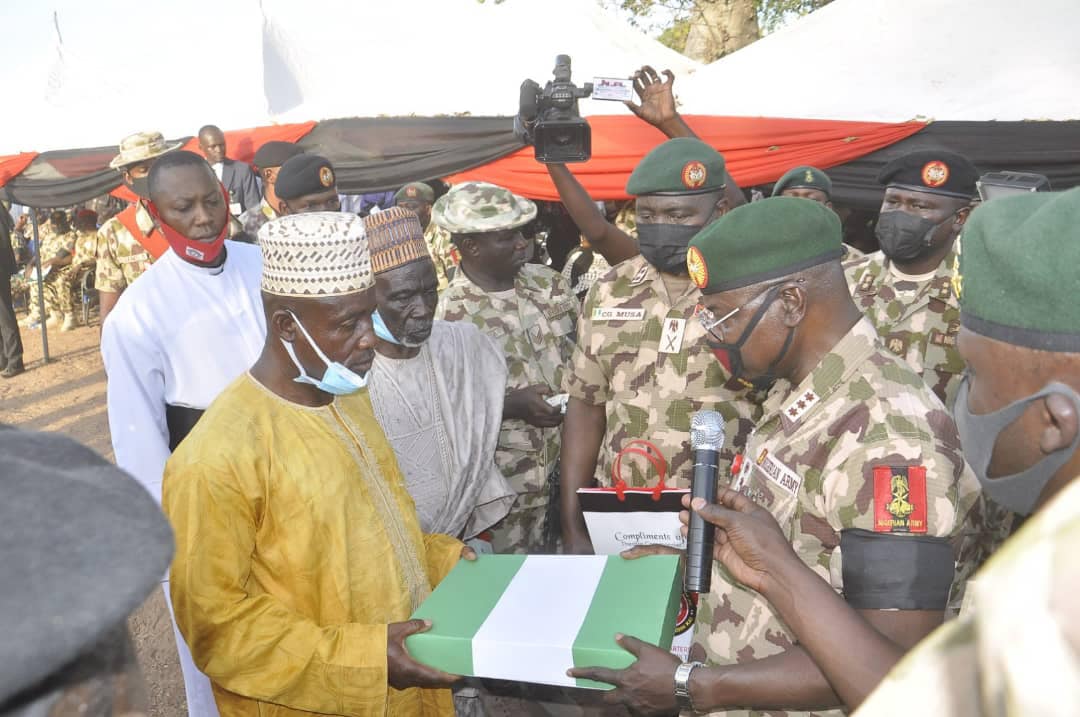 He prayed God to continue to condole their families and grant them the fortitude to bear the loss.

In his remarks earlier at the burial ceremony, the Chief of Army Staff (COAS) Lt Gen Faruk Yahaya, who presented the national flags to the Next of Kins of the late senior officers and soldiers prayed God to comfort their families. 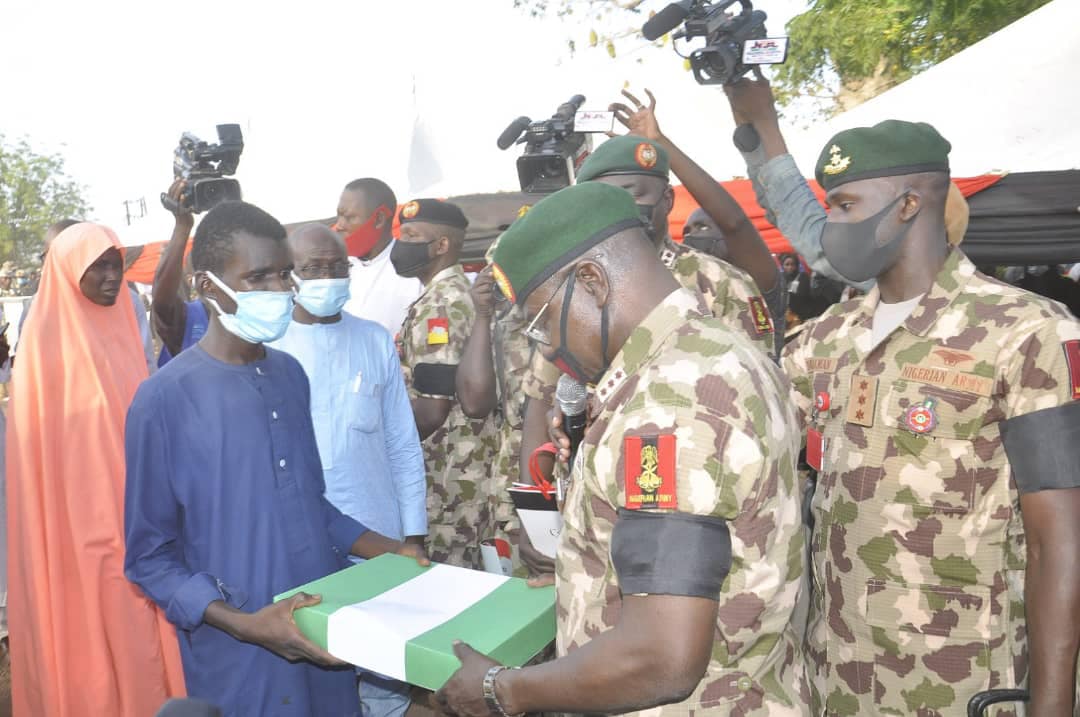 He assured the families left behind, that the NA would promptly process the emoluments of the fallen heroes, in addition, to offer of an educational scholarship to their children.
The COAS expressed appreciation to the President and other sympathizers, who attended the funeral to pay their last respect to the patriots.
Before the final interments, service and prayers were held at St Stephen’s Military Church (Prot) and the Central Mosque both at Gibson Jalo Cantonment, where prayers were offered for the repose of the souls of the deceased.