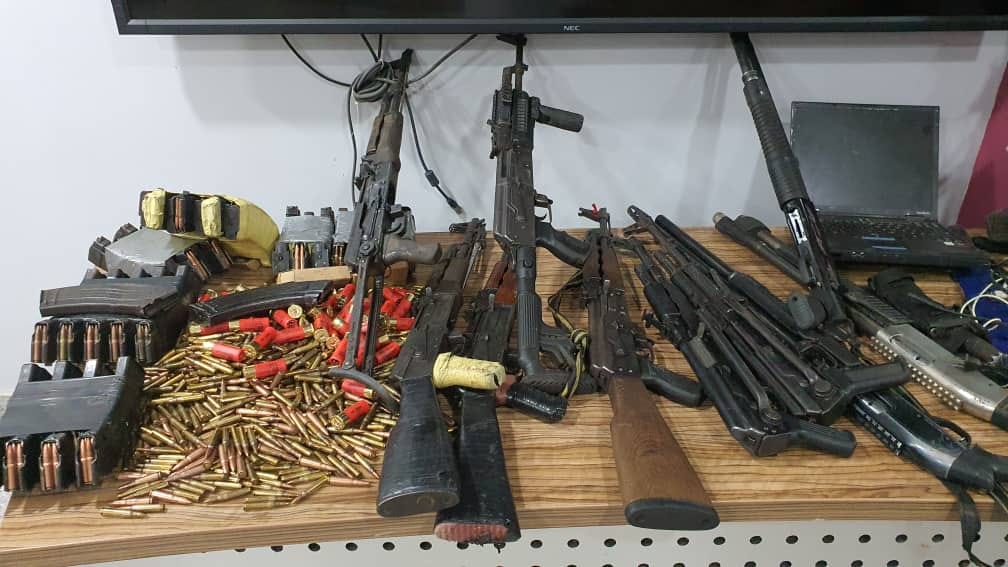 Nigeria’s secret police, the Department of State Services on Thursday night said it recovered weapons charms and ammunitions in the house of the leader of agitators for the creation of Oduduwa Republic, Mr. Sunday Adeyemo, commonly called Sunday Igboho.
According to the DSS, Seven (7) AK-47 assault rifles; Three (3) Pump Action guns; Thirty (30) fully charged AK-47 magazines; Five Thousand (5,000) rounds of 7.62mm ammunition; were recovered from the house of the ethnic leader during its early morning raid on the resident in Ibadan Oyo state. 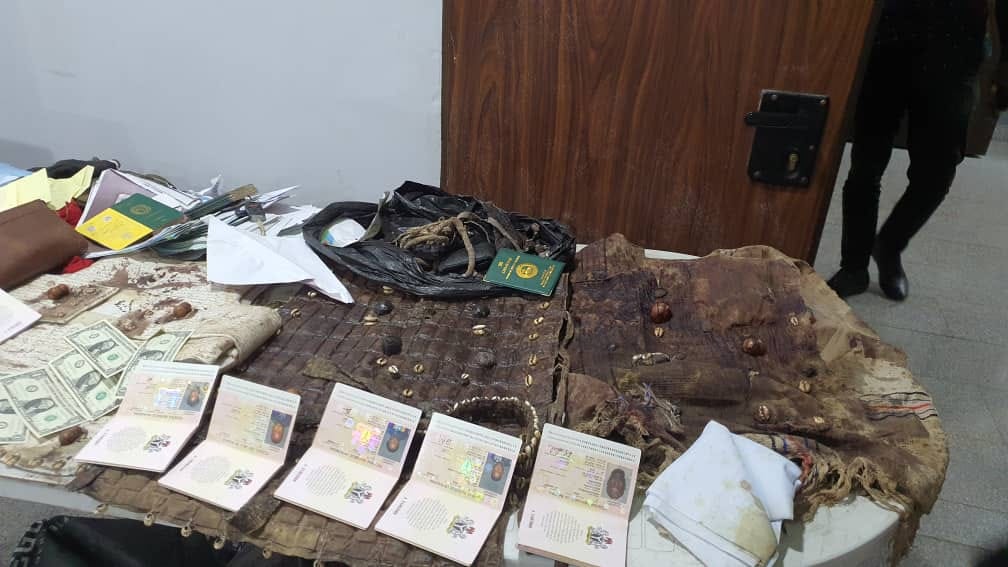 The DSS also revealed that it discovered Five (5) Cutlasses, One (1) Jack knife, One (1) Pen Knife, Two (2) Pistol holsters; One (1) binoculars, a wallet containing Five (5) US Dollars in one (1) Dollar denomination; local and international driver’s licenses in his name, ATM Cards, a German residence permit No. YO2N6K1NY bearing his name; Two (2) whistles and Fifty (50) Cartridges.
It listed other items recovered as Eighteen (18) Walkie-Talkies; Three Voodoo charm jackets/traditional body armour; Two (2) Laptops (One (1) Toshiba and One (1) Compaq); and His International Passport and those of many others (as displayed here). Further exploitation and forensic analysis are ongoing.
Addressing journalists in Abuja, Spokes person for the DSS, Dr Peter Afunanya said the loyalists of Yoruba separatist leader resisted the DSS, hence the gun duel that ensued in which two persons died.
Dr AFunanya said: “Highlights of this brief are to Inform Nigerians and the world that Sunday IGBOHO and his group, in the guise of campaign for self-determination, have become well-armed and determined to undermine public order. This, the arrests and seizures are, no doubt, a confirmation of a grand plan by IGBOHO and his cohorts to wage a violent insurrection against the Nigerian State.
“Alert foreign missions and licensing authorities within and outside Nigeria about this development and the possibility that IGBOHO could declare some of his personal permit and identity cards missing in order to seek their replacement.
“Apprise stakeholders that the Five (5) AK-47 assault rifles recovered from the building are suspected to be those collected by IGBOHO’s men from Nigerian Customs and Immigration personnel at Idi Iroko, Ogun State.
“The gun duel which lasted for an hour offered IGBOHO the chance to escape. Sunday ADEYEMO a.k.a Sunday IGBOHO is now on the run. IGBOHO may run as far as he can. He may hide as long as he wants. He might have attacked security operatives as his strength carried him. But this will be the end of his shenanigans. Soon, he will not have a hiding place. His strength will sure fail him. And the law will catch up with him. The law may be slow. But it will be steady.”
The DSS advised Igboho to surrender and turn himself in to the nearest security agency, adding that the separatist leader cannot hide from the law.