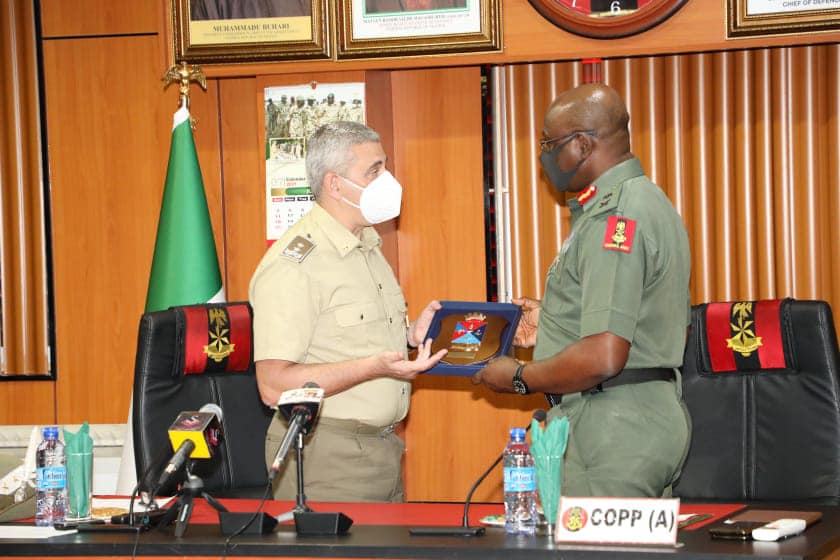 The Italian Defence General Staff Policy and Planning Deputy Division Head, Major General Massimo Biagini  made this known during a courtesy call on the Chief of Army Staff (COAS), Lieutenant General Faruk Yahaya at the Army Headquarters, Abuja .
The Italian Defence Chief disclosed that he was at the Army Headquarters to seek collaboration in the area of training and support towards tackling security challenges bedeviling the country. He maintained that the military of both countries had shared some commonalities, such as training of personnel in staff courses. He added that both military needed to take the relationship to a higher pedestal. 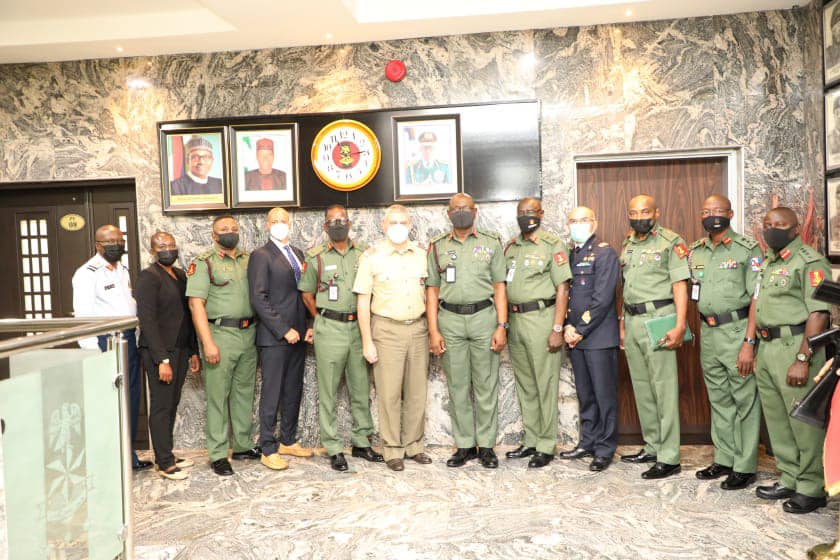 Responding, the COAS, Lieutenant General Faruk Yahaya represented by the Chief of Policy and Plans (COPP) Army, Major General Anthony Omozoje, noted that several NA personnel have benefited immensely from the Italian military, in the area of training and man power development. He said the NA will continue to partner with military institutions and other stakeholders, in the unrelenting effort to totally defeat insurgency and other security challenges confronting the nation.
Highlights of the event were signing of visitors’ register, exchange of souvenirs and group photograph.

The Defence ties between Nigeria and Indonesia