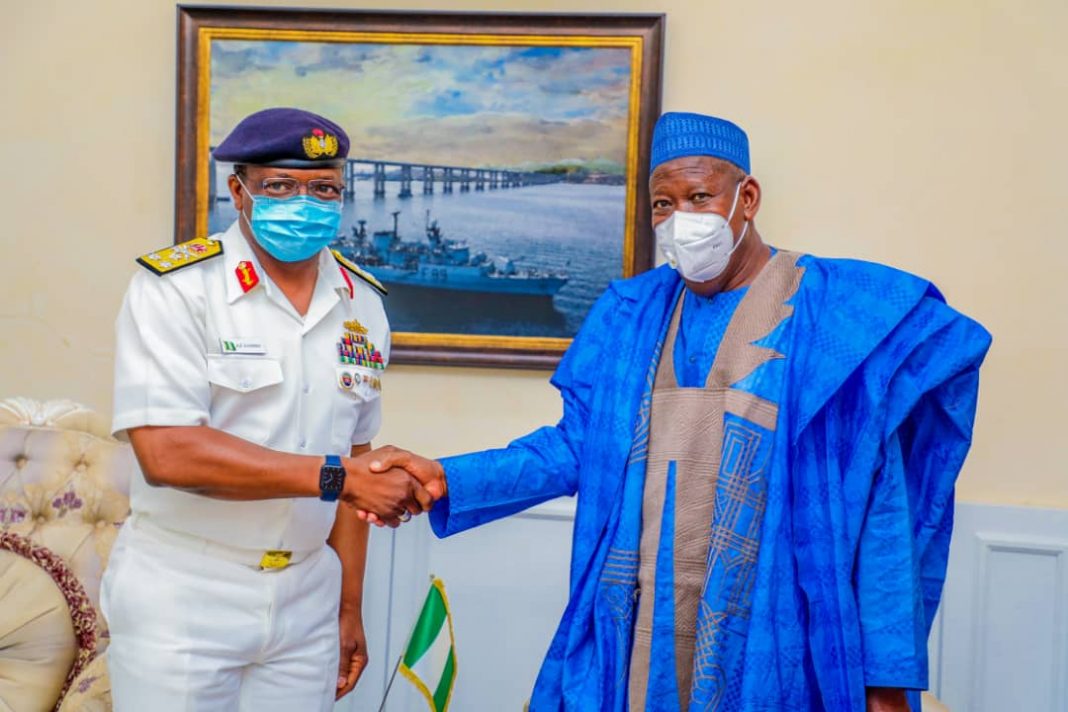 The Nigerian Navy says it will establish the Desert Warfare Institute,  a Comprehensive Secondary School and a garment industry in Kano to improve the security challenges in the state and the country at large.

This is contained in a statement issued by the Chief Press Secretary to Gov. Abdullahi Ganduje of Kano State, Mr. Abba Anwar, on Wednesday in Kano.

According to him, Real Admiral Christian Ezekobe, the Chief of Policy and Plans, Nigerian Navy, stated this when he led a 10-man delegation to visit Gov. Ganduje in Kano.

“We are here to actualise the fruitful engagement we had when His Excellency visited us.

“The Chief of Naval Staff has directed me to lead this team in actualising some of the promises made to you when you visited the Naval headquarters.

“Our project standing on 12 hectares of land is a multi-purpose project.

“We are moving our Desert Warfare Special unit to Kano. This unit’s personnel are highly trained in both United States of America and Britain. And they are recognised to be of best performance,” he explained.

Anwar also said that Ezekobe solicited more land emphasising that the place would be used for the establishment of a Comprehensive Secondary School and a garment industry.

“We will like to have a Naval barrack, so that when the need arises we can defend ourselves and also the state.

“That will definitely help in improving the security of the state in particular and the nation in general,” he said.

Anwar said that the Chief of Naval Staff would want to deliver a lecture on Maritime at the Bayero University, Kano, for people to understand the activities of the Nigerian Navy in the national scheme of things.

He said that Ezekobe requested another piece of land on behalf of the Naval Officers Wives Association (NOWA) for the establishment of a hospital.

“NOWA is desirous of establishing a 200-bedded hospital in Kano. We also need to get a piece of land for the project to see the light of the day,” he said.

Anwar quoted Gov. Ganduje to have appreciated the speed of the process for the visibility of the Nigerian Navy in the state.

“We are so happy to have you here. I can see that the return match is so quick. This shows the level of seriousness from your part.

“Your presence in Kano will definitely boost the morale of our youth in joining the Nigerian Navy. It will also improve our security of the state generally,” he stated.

The governor also assured the Naval authority that the state government was ever ready to help the Navy to develop the state and improve security in Kano and the country. (NAN)

The Defence ties between Nigeria and Indonesia