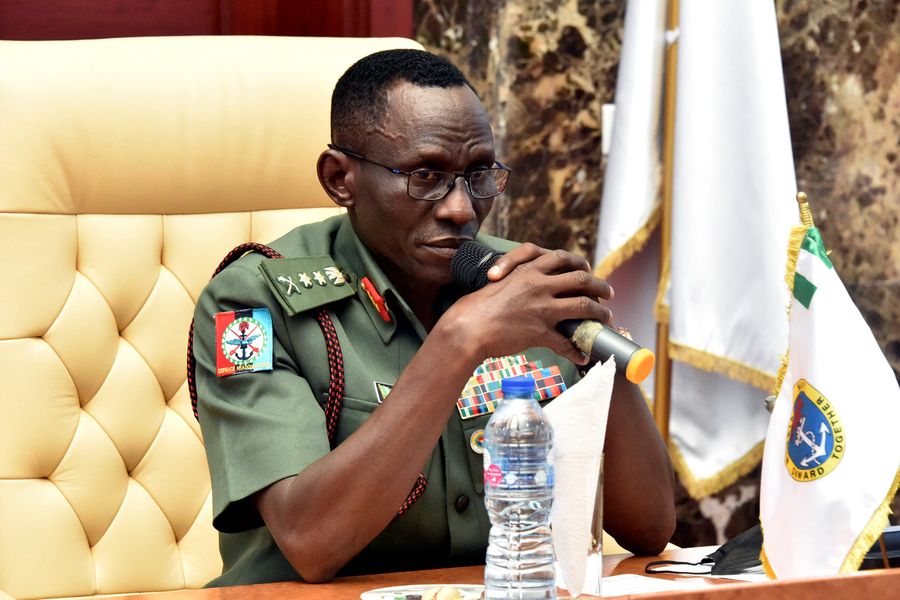 The Chief of Defence Staff (CDS), Gen. Leo Irabor, has said that the military is strongly committed to ending the various security challenges confronting the nation.
Irabor said this in an interview with newsmen on Thursday at the end of a four-day Defence Retreat in Asaba.
He appealed to Nigerians to have confidence in the ability of the military to put an end to the phenomenon.
He said: “Nigerians should be confident in the ability of the armed forces as we work in synergy with other security agencies to tackle security issues.
“The insurgency, kidnapping, banditry and other security challenges across the country will soon be a thing of the past.
“Let me assure our people that the country will certainly have greater level of safety, that is the essence of this retreat in Asaba.”
The defence chief said that if there were no security problems in the country, there would have been no need to gather in Asaba.
According to him, the military high command has come to Asaba for a retreat to deliberate on the security issues facing the nation with a view to arresting the situation.
Irabor further said that the gathering provided an avenue for the armed forces to look at current and future challenges and chart a way forward.
“With this retreat, Nigeria is safe because far-reaching decisions have been made.
“Man and life are full of challenges but for us, we do not focus on the challenges, we are problem solvers.
“So, we have come here to solve problems,” Irabor said. (NAN)

We will remain neutral, impartial in our operations – STF Commander