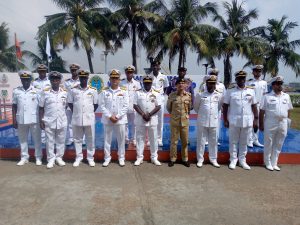 The medical outreach would hold from Wednesday to Thursday.

Azhar said that Pakistan cherished its relationship with Nigeria and was looking for ways to strengthen the relationship and improve more on the cooperation between the two countries in future.

“Therefore, we are going to have a two-day medical camp in which we have a team of specialist doctors who are going to provide free medicines as well for the local populace.

“This is just a way to show our token of love to the Nigerian people and it shows our intention and the good wishes from the people of Pakistan to Nigeria,” he said.

The commodore said that Nigeria remained the most important country in Africa, therefore; Pakistan would continue to seek for ways to strengthen bilateral relationship between the two countries.

“We wish Africa and Nigeria more success and we will ensure that our relationship is better in future,” Azhar said.

Earlier, the Flag Officer Commanding (FOC), Rear Adm. Jason Gbassa welcomed the Pakistani navy and said the medical outreach was a good idea because it would help improve the health status of the people of the community.

The FOC said that both countries have had a lot of areas where they had gained from each other in terms of trainings.

“Many of our officers are beneficiaries of the trainings from Pakistan and we have seen some improvement from the officers who have studied in Pakistan,” Gbassa said. (NAN)